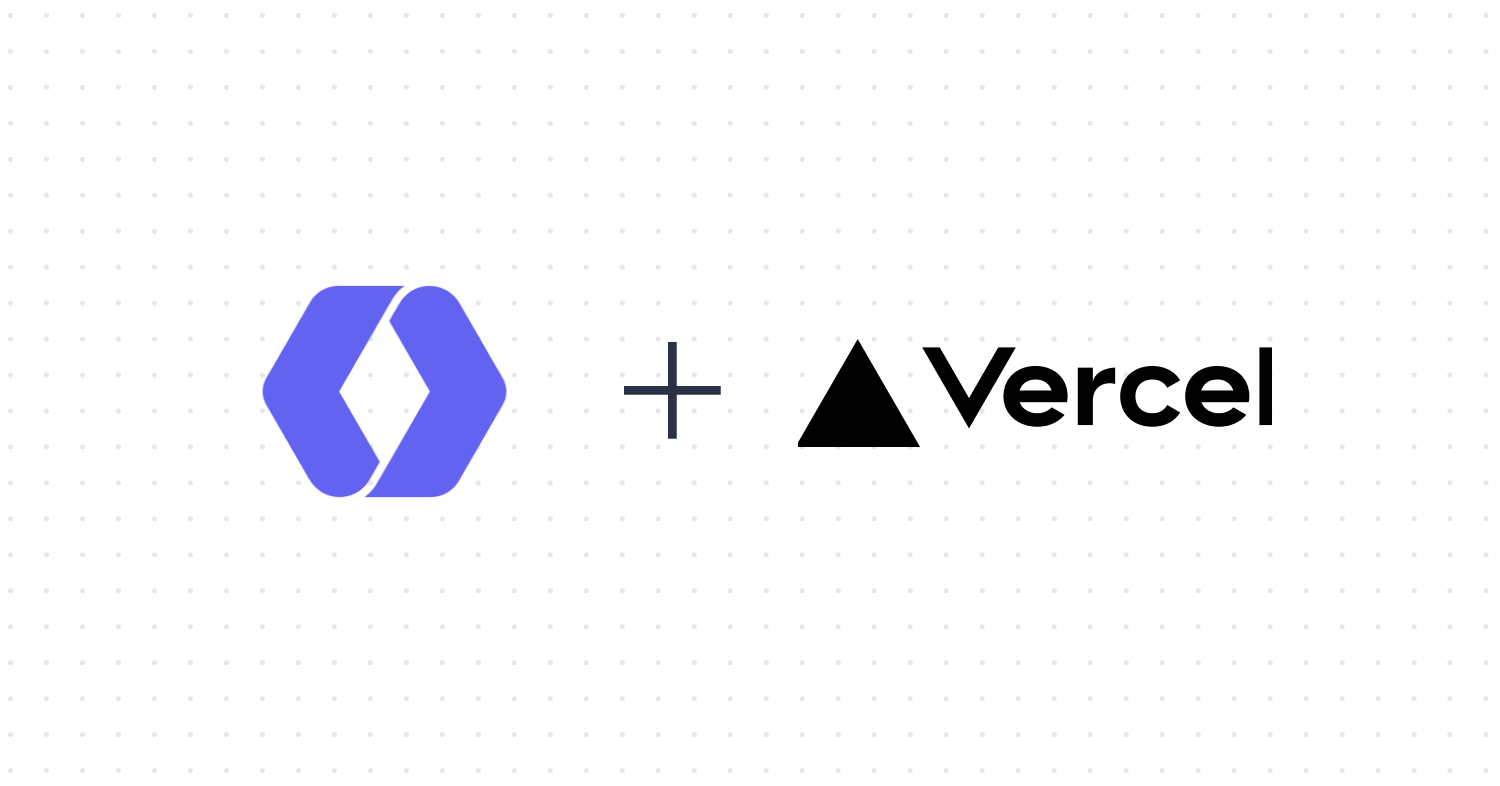 What does it mean to be “built by developers, for developers”? Just ask Vercel, a platform for teams to develop, preview and ship websites.

Since its launch in 2015, Vercel has built a passionate following with the developer community because of its serverless code deployment platform and popular Next.js framework.

Vercel's global infrastructure lets you test, preview, and deploy your application to the edge without managing web servers.  More importantly, teams can take a low-code, design-meets-development approach to their frontend with Vercel.

While Vercel’s product built early momentum through word-of-mouth marketing, its real growth—including a $150 million Series D round this past November—came after earning enterprise customers like GitHub and The Washington Post.

Features like single sign-on (SSO) were essential to closing these deals because SSO has become a fundamental requirement of enterprise companies, yet building SSO isn’t core to Vercel’s mission.

Like other nimble startups, Vercel wanted to focus its engineering efforts on features that would actually differentiate its product, so the team turned to WorkOS’ platform to handle SSO.

Empowering developers in the enterprise

Vercel’s goal of empowering developers has been a priority since its founding, including those working in enterprise-scale development teams.

According to Nathan Rajlich, a senior software engineer who has been with Vercel since 2015, early usage of Vercel’s products typically took root in organizations when developers who used Vercel for personal projects recommended it to their teams at work.

Then as larger customers came on board, so did additional requirements. SSO quickly reached the top of the list. “We know that Security Assertion Markup Language (SAML) and SSO helped customers grow their teams on our platform. SSO makes it seamless for users to get set up so we know we wanted it,” Rajlich explained.

By choosing WorkOS, Vercel can focus on core functionality

The question became, “Build, or outsource?” Vercel’s enterprise roadmap was focused on several key areas, including scalability and IT functionality. Engineering resources were allocated for proprietary features, with the team outsourcing non-core products.

After Rajilich and his team implemented an in-house solution that didn’t support SCIM (System for Cross-Domain Identity Management)—leading to some customers having to sign in again after 60 days or needing to resync their SAML state—their next move was clear. “We prefer not to rebuild what we can get off the shelf, especially if another company is an expert on a specific domain,” explained Rajlich.

As a result, Rajlich and a fellow developer explored WorkOS as a replacement for Vercel’s current solution. After learning about WorkOS’ Directory Sync during a call with one of WorkOS’ Developer Success Engineers, Vercel’s engineering team realized that implementing WorkOS as its SSO solution and using WorkOS for Directory Sync would solve their session management issues.

One reason Vercel’s team chose WorkOS was for the WorkOS Admin Portal, an SSO and Directory Sync onboarding wizard that works without any configuration needed. Having gone through the initial SSO build process, the Vercel team was relieved to see that it was something they could use right away by integrating with WorkOS. “Our customers love the Admin Portal because it’s so easy to use, and it makes our enterprise plan seem really polished,” said Rajlich.

Rajlich and Coursey got to work integrating Vercel with WorkOS’ SSO, Directory Sync, and Admin Portal products. They used WorkOS’ Node.js SDK and were thrilled by the default support for TypeScript.

While Rajlich and Coursey completed the integration with WorkOS, they and their engineering colleagues communicated with WorkOS’ Developer Success Engineers regularly in a shared Slack channel.

Today, the Vercel team has their own Slack channel where they can see a real-time feed of events happening through the WorkOS integration. “It’s exciting to see our customers adding users to Vercel,” said Rajlich.

With thousands of developers using Vercel, the company’s customer list now includes  household brands like McDonald’s, IBM, Ticketmaster, Marvel, and Staples. Many of Vercel’s current customers use  SSO, with a subset of those using Directory Sync as well. As the company continues to scale, the team expects that number to only increase.

“I think we could have done even more business if we had partnered with WorkOS earlier, but it's been incredibly well received,” Vercel’s founder and CEO Guillermo Rauch said in his episode of Crossing the Enterprise Chasm.

While their SSO and Directory Sync integration means they can close upmarket deals with ease, Vercel’s core focus—their serverless platform—is what makes it the top choice for frontend developers.

By using WorkOS, Vercel can reach more enterprise teams, while ensuring that their engineers can focus on what matters: building the best development platform for their customers.