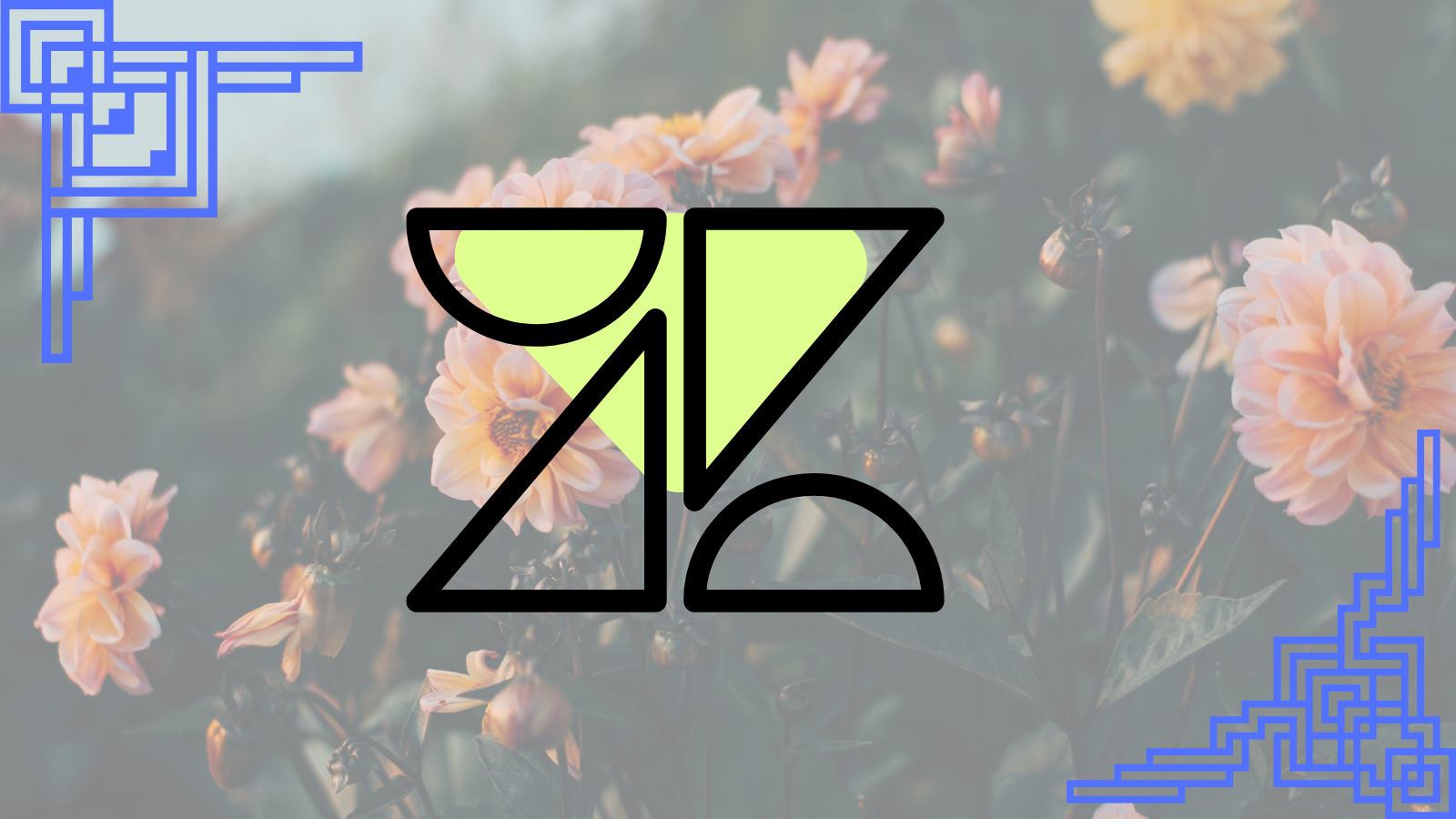 Today, you’re cobbling together features that make your app stand out in a competitive market.

Tomorrow, you hope to be in rooms with powerful stakeholders, pitching a 10,000-person company on why they should adopt your app.

The transition from scrappy startup to mature company, from a base of small-business customers to a target of enterprise clients, is tricky. Many businesses before you have fallen into the enterprise chasm, never to be heard from again.

Luckily, you don’t have to cross the chasm blindly. Before you, companies like Dropbox and Twilio cut a path, and these companies can be our guides.

In this post, we’re focusing on how Zendesk crossed that chasm and grew from $1 million in 2008 to $1 billion in 2020. Like the companies that came before it, Zendesk built the foundation of its success on small businesses. But unlike many companies, it didn’t abandon that base as it pursued bigger enterprise deals. Zendesk struck this balance by developing features that all customers segments wanted and by developing features that enterprises needed.

Zendesk is the rare unicorn that started not only outside of Silicon Valley but outside of the United States entirely. The product took on the then-cumbersome field of customer service tools with a slick, user-friendly app that promised to make customer service delightful rather than painful.

Thank you team @Zendesk and all customers for a strong Q3/20. We reached $1B revenue run rate and guided to FY $1B. A journey we started in 2016. Big milestone in the shadow of a pandemic. Stay safe. Wear your mask. Billion. Full shareholder letter here: https://t.co/Fcj8wEEm5ipic.twitter.com/QAHzww5jz6

So, this is a company worth learning from.

Before Zendesk, customer and incident reporting software was so complex that companies needed consultants to set it up. Meanwhile, the rise of Salesforce and the SaaS model was pointing toward new business models, a trend the Zendesk founders seized on.

Two values were at the heart of Zendesk’s founding: simplicity and accessibility. Beauty came on day one: Cofounder Aghassipour told fellow cofounder Svane said he would help keep the software “beautifully simple.” Later, as their first customers switched on, they validated their second value: “We realized by configuring a product for an audience that is web savvy,” Svane said, “we were able to reach an audience that traditional type[s] of software couldn’t reach.”

An unheard-of love for enterprise software

Zendesk didn’t have an easy time attracting investors. At first, European and American investors alike turned away the company. At the time, Svane said, “I was told that there was no money for us.”

Eventually, the Zendesk team drew German investor Christoph Janz, who invested $500,000 into the company. With his investor cred, Janz helped Zendesk draw additional funding. His reputation helped, but the primary driver of success was the Zendesk product.

Charles River Ventures partner and eventual investor Devdutt Yellurkar, for instance, came across the company on his own. Numerous companies in his portfolio were already Zendesk users and fans. “Today,” investor Janz writes, “the ‘consumerization of the enterprise’ has become mainstream, but in 2008 it wasn’t.”

Yellurkar said, “I had never seen that kind of love for an enterprise software.” Echoing that sentiment, eventual investor Matt Cohler of Benchmark Capital said, “Customers were talking about Zendesk the way consumers talked about Facebook when it first launched.”

This love is evident even now, as Zendesk sits with 2,428 reviews averaging 4.5 stars on software review site Capterra.

Success despite the odds

According to TechCrunch sources, Salesforce made a “very lucrative acquisition offer.” Zendesk turned it down. Perhaps in response, Salesforce acquired customer service company Assistly in 2011 and relaunched it as a competitor: Desk.com. This product, as SaaStr CEO Jason Lemkin puts it, “is long gone to the dustbin of history.”

The confidence Zendesk portrayed wasn’t always evident. Janz recalls, with screenshot evidence, that the founders weren’t always sure they could build a big company:

But build a big company they did.

Enterprise customers exert a gravitational pull that requires most startups to shift from selling to smaller customers to selling to bigger ones. As we wrote about in our article A Guide to Enterprise Sales for Early-stage Founders, there are three big reasons all companies eventually shift to pursuing enterprise deals:

Amanda Kleha, former SVP of marketing and sales strategy at Zendesk, recalls starting with an Atlassian-style, inbound sales strategy: “For the first year I worked there we didn’t have any sales people at all.”

Svane recalls that “until $10 million in run rate, we didn’t have sales.”

But that didn’t last, said Kleha: “When I ended, we were doing big enterprise deals as well but we still kept the online business model. So definitely trying to straddle both worlds together.”

As Lemkin reports, the “relative ratios” of enterprises to SMBs didn’t change much over time. Zendesk’s SMB market was still growing, after all, so it made sense to maintain that straddling. By 2020, nearly half—43%—of Zendesk’s customers had at least 100 seats or agents.

That straddling requires two stories: one you know and one you don’t.

The story you know is that Zendesk built out an extensive suite of products and features by development and acquisition. This included, among others, live chat; Zendesk Voice, for setting up call centers; Zendesk University; SMS: Zendesk Guide, a knowledge-base tool; Zendesk Sunshine, a CRM; and Zendesk Sell, a sales automation tool.

Zendesk followed the “land and expand” model of sales. They sold to users first and then expanded from those users to the businesses that employed them. “We really try to land customers, frictionless,” Svane says, “and then work with them to expand them within the organization.” Svane raises Adobe as an example: “Our first Adobe customer was a small division in the UK, and now we have thousands of people within Adobe using our software.”

Enterprises, however, aren’t simply SMBs with bigger wallets. Enterprises have long lists of requirements that companies selling to enterprises need to meet before those enterprises even consider a deal.

In 2011, Zendesk launched its first enterprise plan, which included many of the base features that made the Zendesk suite tenable to enterprises. In Zendesk’s press release at the time, they wrote that their largest customers were asking for “enterprise-grade features.”

To make their product appealing to enterprises, Zendesk had to add single sign-on (SSO).

Enterprises want efficiency. When their employees log in every morning, they should have access to everything. Even one app that doesn’t have single sign-on is a threat to employee productivity in aggregate. You might think your app is the exception, but enterprises, especially their IT administrators, are imagining the big picture: Enterprises have, on average, 288 different SaaS apps in play. They have to be strict.

In 2011, Zendesk launched SSO via Google and Facebook. This addition was on top of already-existing SSO integrations, including Windows Active Directory, SAML, OneLogin, and OpenID. Companies standardized on any of these authentication stacks could now integrate Zendesk easily.

No matter what an enterprise used for authentication, Zendesk was ready.

Compliance and security are twin features that enterprises consider make-or-break. If your product doesn’t comply with a regulation like the GDPR or fill a predefined security need, then an enterprise can’t even consider you.

In 2011, Zendesk’s first enterprise plan added email archiving and new security options. Email archiving is useful for a wide range of reasons, but it’s essential for certain customers. Regulations often dictate that companies retain records they can refer to. With those records, they can fulfill audits or legal requests.

By 2020, Zendesk supported customers who needed to be GDPR- and CCPA-compliant. With an advanced add-on, customers could also become HIPAA-compliant.

In the years between, Zendesk had also built up a long list of security policies and certifications that proved they took the security of their enterprise customers seriously. Zendesk proudly displays ISO and SOC report badges, as shown below.

Zendesk further details pages and pages of security policies, all of which can soothe even the most security-conscious enterprise.

Zendesk puts its compliance and security policies front and center so that new customers don’t even have to ask about them. They know before the relationship begins that this sale isn’t going to be broken by a missing certification.

Startups want enterprise accounts because they command a lot of money. Unfortunately for startups, these enterprises know how important they are. As such, it’s often smart for startups to add premium support channels for their most important customers.

Zendesk’s 2011 enterprise plan included priority support. This meant that, in addition to their agents who were available 24/7, Zendesk also committed to responding to enterprise customer issues in less than an hour.

In 2014, Zendesk launched an Enterprise Elite plan that included strict SLAs and even better support. These SLAs effectively promised enterprise customers that Zendesk would pay them if Zendesk ever went down. “We live and die by being up and available,” said Marcus Bragg, then Zendesk senior vice president for worldwide sales and customer success. “[Enterprise customers] need to know we are going to feel pain and cash is a way to influence that.”

Subscribers to the Enterprise Elite plan also received employees dedicated to their accounts. Enterprises could depend on “a team devoted to them and direct, round-the-clock email, phone and chat access to Zendesk.”

Enterprises have multifaceted needs and, more often than not, choose the product they can tailor to those needs. Your product might be better at solving a given problem, but if an enterprise can’t align it with their branding, for instance, a stakeholder might say no to the deal.

In 2018, Zendesk bundled its many products into Zendesk Suite but ensured that the same customization options remained. If you upgraded to the Enterprise plan, customers could still customize roles and permissions as well as different brands; now, they could also use an unbranded chat widget and a web SDK.

Zendesk wanted to have its cake and eat it too — but here’s the thing: They did it. Kleha said that “at least a quarter of the business is online still and [requires] no touch.”  In her words, the “volume” is online “but the revenue is certainly more enterprise.”

Zendesk wanted to keep their SMB customers while attracting enterprise ones. They navigated this seeming contradiction with a smart business strategy that focused on adding products all companies would like and features that enterprises, in particular, would need.