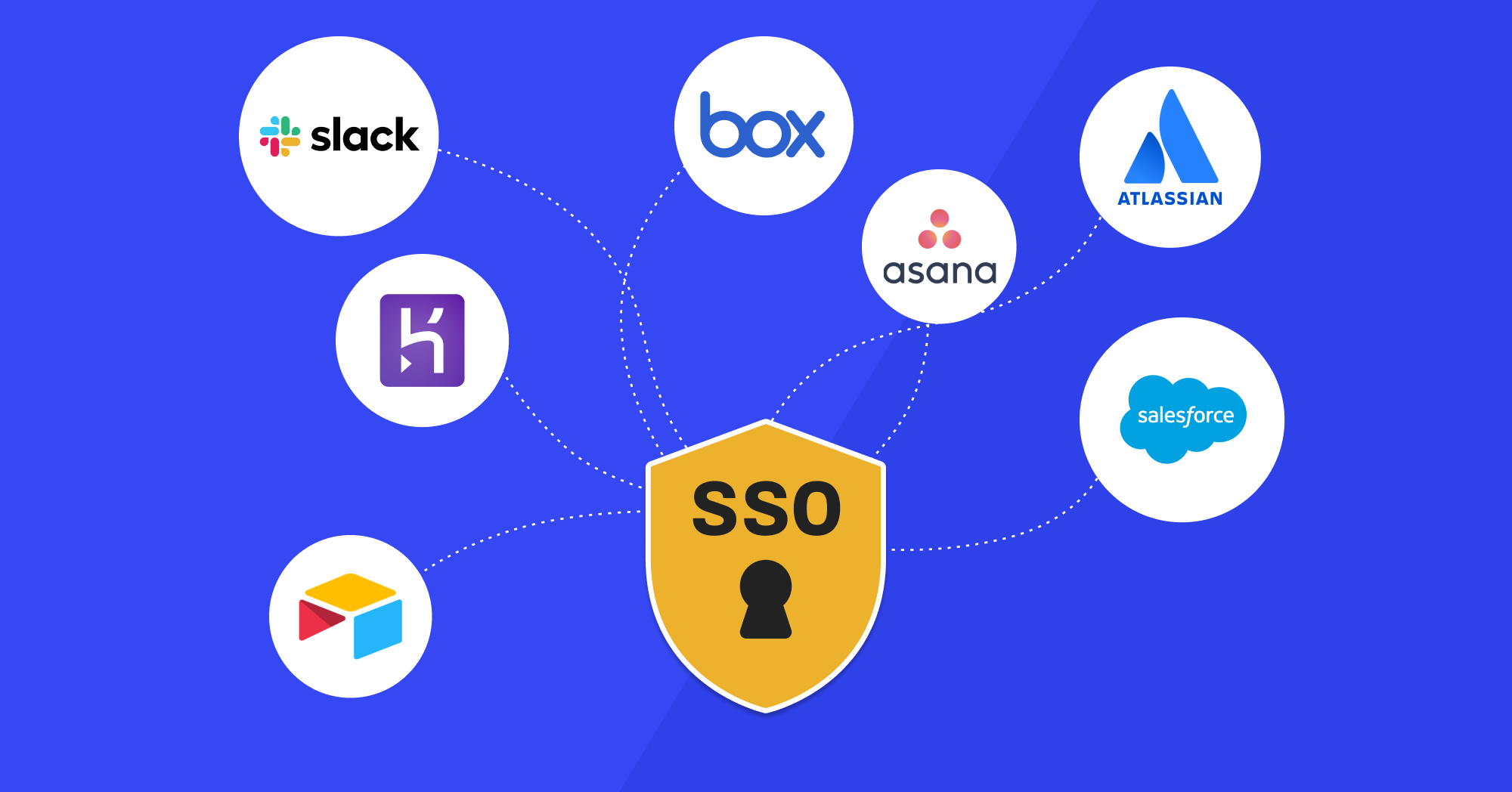 The Developer’s Guide to SSO

If you want more people using your product, the easiest place to start is making it easier to actually sign up. Adding SSO to your app will help you land those larger enterprise deals and decrease the signup friction that keeps causing your visitors to drop off. For modern developers though, the world of XML, SOAP, and OASIS standards can be opaque. Fear not: our guide will walk you through SSO: what it is, why it’s important, and best practices for getting it up, running and integrated with your app.

The basics: what SSO is and why you should care

The easiest way to understand SSO quickly is to think about your app’s authentication as a service. Most developers build the service themselves: you take care of creating usernames and passwords, adding them into a database, and checking credentials every time someone logs in. But in the same way that you skip building payments infrastructure and use Stripe, you can “outsource” your auth and have someone else do it; and that’s what SSO is.

If you’ve heard of SSO before, you’re probably thinking of it as a security feature, and that’s true; but where it really shines is through increased engagement. Making it easier to sign up for and sign into your product lowers friction for users, increases retention through smoother login flows, and helps you land those elusive enterprise deals (many enterprises can’t work with vendors who don’t support SSO).

Apps with SSO enabled allow users to authenticate through someone else’s service: instead of you managing usernames and passwords, you integrate with a provider like Okta or OneLogin that does it for you. Those services – called Identity Providers, or IDPs if you want to save time – are generally more full-featured and secure than what your typical growing startup would be able to build themselves.

SSO is a given among everyone from high growth startups to more traditional enterprises. Here’s the Dropbox sign-in page: they’ve built SSO with Google and Apple as two headline IDPs (they also support Okta).

Slack, Asana, Notion, Airtable, and Trello all support SSO too, and some even charge extra for it (you can find them on the SSO Wall of Shame). It’s pretty much part of the standard growth playbook.

Let’s get a little deeper into how SSO works. One thing worth noting: SAML isn’t the only protocol you can use to implement SSO. OAuth (1.0 and 2.0) are also popular, as well as WS-Fed and OpenID Connect. The broad concepts can carry over across protocols, too.

If you’re integrating SSO into your app, you’re a ​service provider​ (SP). Your app is the service. The provider that you’re “outsourcing” identity to – like Okta or OneLogin – is called the ​identity provider ​(IDP). Simple enough, right? Where things start to get a bit more complex is when your app needs to ​communicate​ with identity providers to actually authenticate your users. SSO works with a communication protocol called ​SAML ​(Security Assertion Markup Language) that governs these phone lines.

SAML – and by extension, how you build and work with SSO – works through assertions.

Let’s walk through a typical SAML flow, starting with a user trying to sign in through your site.‍

1. The SAML request from the SP

When a user navigates to your login page (to log in, of course), they’ll either enter their email or click a button that takes them to an IDP portal like Okta. Your app issues a SAML request (and a browser redirect) to the IDP: it’s basically saying “hey, this user wants to sign in, do me a favor and verify that I should let ‘em in.”

2. The SAML assertion from the IDP

At the IDP, they’ll enter their full credentials, and deal with more extensive security measures like 2FA. Once they’ve successfully authenticated with the IDP, the IDP sends your app a response containing an assertion: this user is good to go, and you can let them in.

SAML works via XML (for all those SOAP fans out there. Nobody? Ok). Here’s an example of what a response containing an assertion might look like (thanks to OneLogin):

The flow we just outlined is called ​SP-initiated​, because it started at ​your​ app, and you’re the service provider. There’s another way this can go down though: users can ​start​ at their IDP (like the Okta app directory), click on which app they want to sign into, and then authenticate and redirect. That’s called ​IDP-initiated​.

Getting practical: how to add SSO to your app

Like pretty much anything in software, there are two ways to add SSO to your app: you can build it yourself or pay someone else to do it for you.

Building SSO yourself is all about handling and working with the protocol you choose, assuming you’re targeting larger companies, we’re talking about SAML here. This isn’t a technical tutorial, but here are a few high-level components you’ll need to write:

If any of this sounds weirdly unfamiliar to you, that’s because it probably is: there’s a lot of upfront research required to understand the right way to do it. It’s not as simple as adding a new frontend library and skimming through the docs.

Part of the challenge of building SSO from scratch is customization: you’ll need to build SAML flows for each IDP independently. SAML is a standard and like any good standard it’s often fractured and can sometimes be a pain to work with. As usual, XKCD gets it.

Over the past few years, the web dev ecosystem has developed a few packages that take care of some of the repeatable work. Middleware like ​passport.js​ can help you avoid building everything from scratch; or if your backend is in Python, OneLogin offers a python-saml​ package.

2. Use an SSO provider

If you don’t want to build SSO yourself (I mean, why would you?), there are a bunch of great third-party services that offer SDKs and packages to make integration as easy as a few lines of code.

WorkOS lets you add SSO to your app with just a few lines of code, and it’s completely free. Integrate once and you can support SAML with IDPs like Okta, GSuite, OneLogin, and more. Here’s what that same SAML flow above might look like with something like WorkOS:

WorkOS ships with something pretty cool – Admin Portal – that allows your end-users to configure their own​ SSO connections to their IDP of choice.

Doing this manually is ​rough​: you need to coordinate with enterprise IT admins, exchange URLs and certificates, and build custom infrastructure like field mappers for SAML profiles. It’s not just frustrating; it drags out the integration cycle and takes up sales, support, and success time too.

Auth0​ is identity-as-a-service: they offer SSO (among other products) that easily integrates into your app and supports all of the IDPs you’d ever need. Auth0 for social connections is free up to 7K users, and plans start at $23/mo for 1K users. If you want enterprise connections (think: SAML), you’ll need to move into the Developer Pro pricing tier, which starts at $28/mo for 100 users.

Cognito is AWS’s identity-as-a-service product and supports SSO with SAML, OAuth 2.0, and OpenIDConnect. Cognito supports IDPs like GSuite and Facebook, and pricing is...well, it’s AWS, so you’re on your own.

Best practices from some engineers who have done it before

Here are a few tips that might make your SSO integration process just a bit easier, whether you’re using a third-party provider or building it from scratch.

If an organization is using SSO with your product, give admins the ability to disable username/password based auth for their users. It creates a more seamless SSO experience by avoiding false login starts and keeps things secure.

Expire idle user sessions to make sure users aren't signed in indefinitely — it's good practice to grab the SAML response's session timeout value and use that, but there are cases where having a "time to live" setting for each account is useful too.

If your app gets a new sign-in request, replace any currently active browser sessions with the newly authenticated session. This is particularly important for apps that lean toward multi-tab use, like IDEs or CRMs.

Ask users for the information to determine the right IDP

If you plan on supporting multiple IDPs in your SSO implementation, ask users for their email address, account subdomain, or unique account URL to determine the correct identity provider for their login.

Make sure to deep link

If you’re asking users to authenticate from an existing product page or they’re expecting to land somewhere in particular in your product, you’ll want to implement deep linking in your SAML flows. You can use ​SAML’s RelayState parameter​ to get this working.

If your app sends verification emails on username/password signups, disable that for SSO authentication: it’s not necessary.

JIT user provisioning​ automates the account creation process for users signing in to your app for the first time via SAML. If they exist in their organization’s IDP, you’ll just create their account automatically instead of asking them to sign up from scratch. This lowers friction for new users ​significantly​ and helps make your app more attractive to larger organizations.

When users log out of your app, prompt them to see if they’d like to log out of their IDP as well. The two intents often overlap, and you can save your users some time.

What to do next

If you’re convinced that it’s time to add SSO into your app (you should be, hopefully), you’ll want to start by deciding how you’re going to do it. Building it yourself can give you better customization options, but using a third-party service like WorkOS will save your engineering team ​a lot​ of time and effort. Here are a few resources that might help steer you in the right direction: