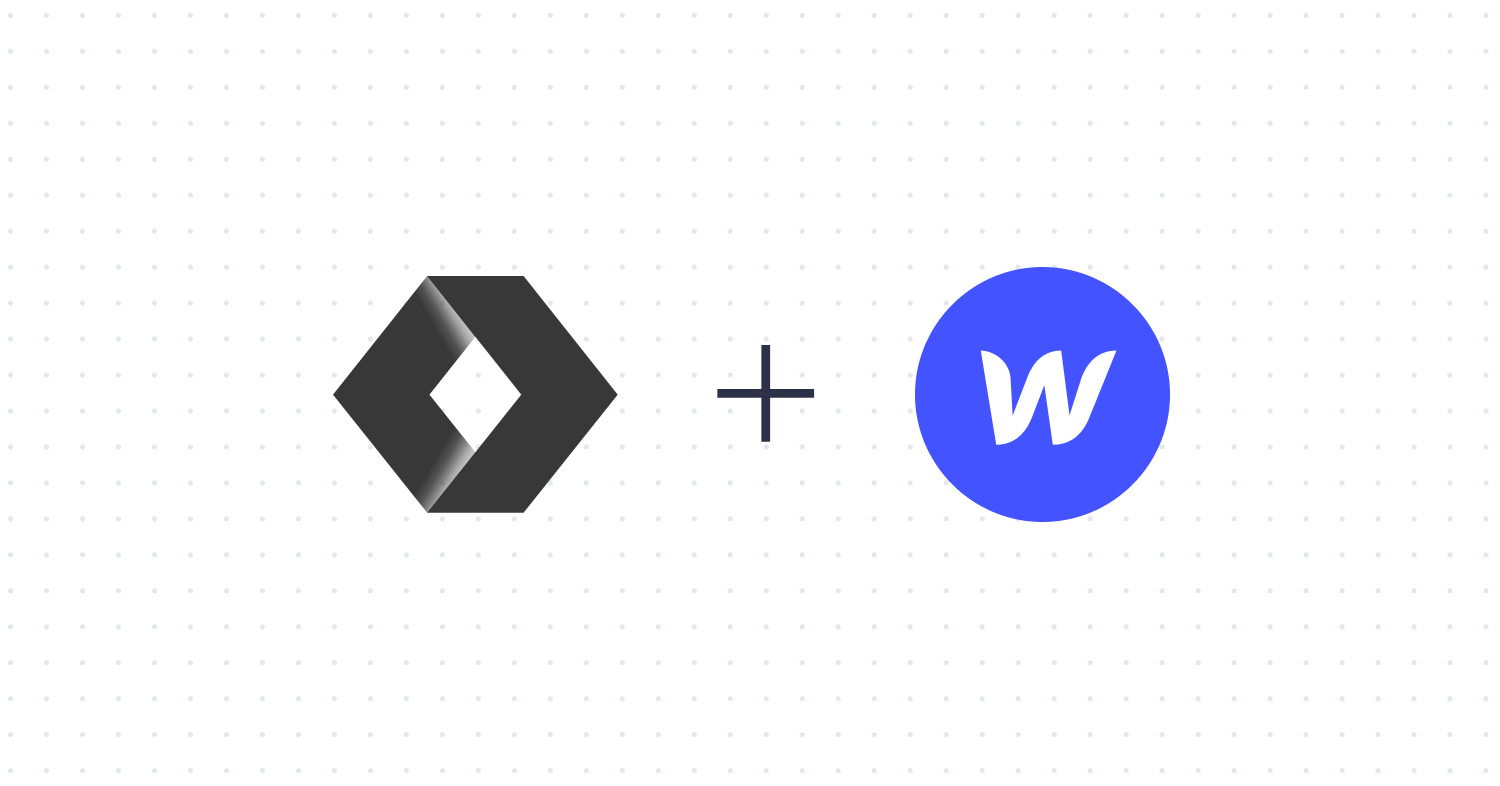 SSO was a priority, but falling by the wayside

“Yeah, we definitely need SSO,” Bryant, Webflow’s cofounder and CTO, chuckled on our first call. He talked about how building Single Sign-On (SSO) for larger enterprise clients had fallen by the wayside as their engineering team focused on supporting core product features. In their period of hyper-growth, Webflow’s engineering team was focusing on improving their core product for their expanding subset of customers.

The Webflow team was originally going to implement SSO in house. They had initially estimated it would take three months to build SSO internally - an incredibly time-intensive endeavor for a team trying to keep up with the demand for their core product. So, SSO fell on a growing pile of backlog.

WorkOS was a breath of fresh air

When Bryant came across WorkOS, he described it as a breath of fresh air. Instead of planning, developing, and testing SSO for each identity provider individually in-house over three months, he was able to integrate WorkOS SSO to support all Identity Providers in a few hours of his free time.

As for testing, Bryant reflected upon his days of setting up a test using ActiveDirectory via a Microsoft Web Server, and was pleasantly surprised that WorkOS provided test instances for different identity systems. These instances meant that he didn’t have to wait for a developer account with different IdPs, he could immediately test in a local environment. Having the WorkOS test instances was really useful, because they could build their frontend integrations and not have to wait for their customer to complete the backend setup.

Throughout the integration process, we got to know many people on the Webflow team in their onboarding channel. WorkOS’s unique way of using shared Slack channels was one of their favorite parts of the onboarding experience.

Looking towards the future, WorkOS will continue to fuel rapid enterprise growth for Webflow. Instead of having to build one-off SSO integrations with each identity provider and maintain them (a costly endeavor) as requests come in, Webflow feels secure knowing WorkOS supports a range of identity providers with a single integration.

So intuitive, even non-developers can integrate

The true long-term value comes not in the first integration of WorkOS SSO, but in the compound effect of not having to build 10 different SSO integrations when a company asks for a new one - and you don’t have to be an engineer to set it up!

To put WorkOS’s intuitiveness to the test, Webflow’s Lead Designer Kristen set up SSO. As a designer, she remarked the WorkOS product was incredibly intuitive, even for someone who didn’t know the ins-and-outs of SSO and SAML.

"As a designer and with no experience in user management, I was able to follow the WorkOS documentation to successfully setup SSO for the whole Webflow team in a few minutes."

Now that Webflow supports SSO, they’ve been able to rapidly onboard enterprise customers. Integrating with WorkOS SSO provided Webflow with the opportunity to open the floodgate of enterprise deals who were waiting on enterprise-ready features like SSO & ultimately will help fuel their upmarket growth.